Last weekend I had a 4 day weekend away as a friend came down from Queensland to try to see a Rufous Bristlebird, a bird which lives along the western coast of Victoria.  Unfortunately we didn't manage to see it, partly because it was very windy the whole weekend and there were a lot of people about.

We arranged to go on a tour of the Australasian Gannet colony at Point Danger, near Portland in western Victoria.  Most of the birds nest on an island off the coast, but the overflow now nests on the mainland opposite, so the area has been fenced off to protect the birds and chicks, as there are foxes and feral cats in the area, and to keep human visitors at a safe distance from nesting birds.

It's the only mainland Gannet rookery in Australia, and is extra interesting as there is a nesting pair of Cape Gannets there too.   Cape Gannets are an African species, so they have strayed from home!   Apparently there are another two Cape Gannets there as well but they weren't breeding. 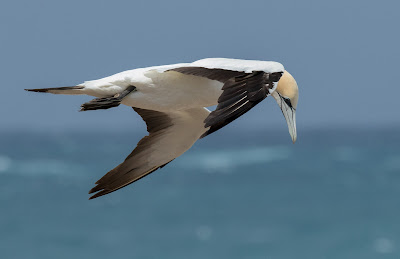 An adult Australasian Gannet in flight. 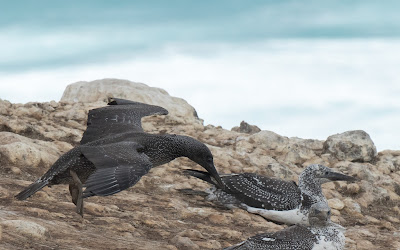 The Cape Gannet chick is much darker than the Australasian Gannet at a similar stage. 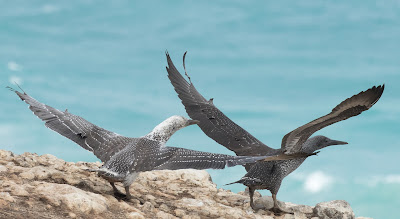 We were very lucky to see it as it was almost ready to leave the colony, and in fact it did fledge and leave next day.   Hopefully it will survive life at sea and maybe return in about 6 years to breed itself. 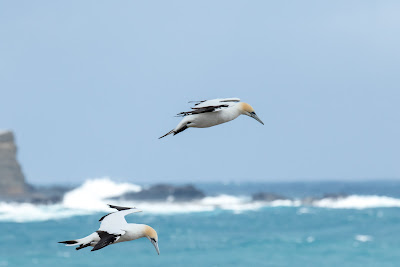 It was great spending time watching them, despite the strong wind, and burst of hail which surprised us not long after I took this shot!

Birding in the heat!

It's summer in Melbourne, and while we haven't had several days in the high 30Cs or 40Cs like some parts of Australia, we have had some hot days.

On a couple of those hot days, I spent much of the day out birding beside a treeless salt lake where there have been several different rare birds visiting.

One of these was a little Long-toed Stint. 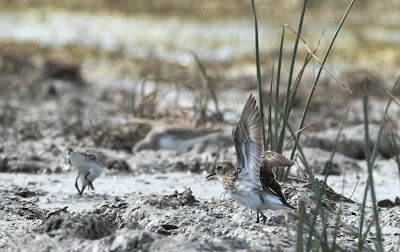 I've seen only one before. 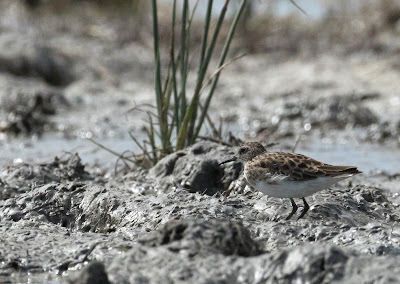 Also there, was a Ruff, a bird which seems to come to visit every 5 years or so. 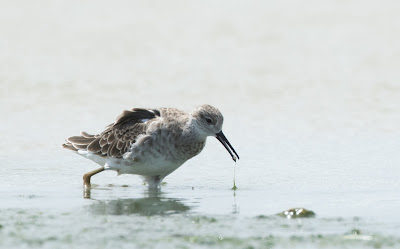 I did photograph two of our regular migratory shorebirds there. 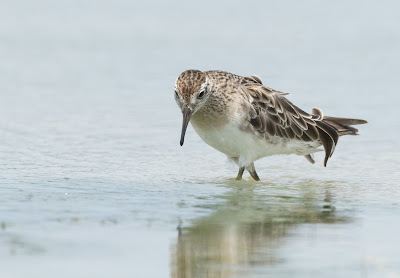 That one is a Sharp-tailed Sandpiper, while the one below is a Curlew Sandpiper, a species which is now listed as "Critically Endangered". 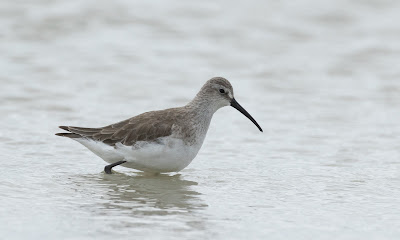 Unfortunately my photos of the really rare visitor we'd gone to try to see, a Buff-breasted Sandpiper (last one in Melbourne 25 years ago!) aren't worth sharing because of heat haze, and also because one of the friends I went with really needed a good photo of the bird for a lecture he had to present the next week, so I kept back to allow him the best chance of getting closer.
Posted by Sonja at 20:53 6 comments:

The days are flying by and it's the last day of January tomorrow already - and I can't imagine where all the days have gone, although some of it was taken up preparing a presentation for my local BirdLife branch.

Instead of going walking since then I've been trying to catch up, and watching some of the tennis!  As a result I haven't done much bird photography, but took my macro lens out for a short walk on our Australia Day holiday on the 26th. 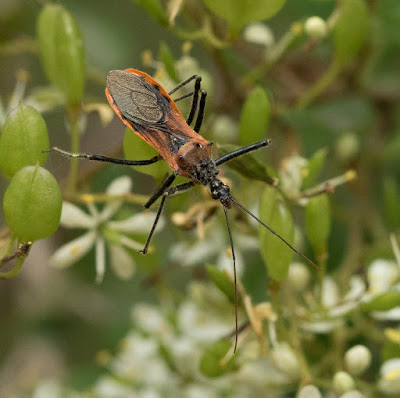 Apparently this is an Assassin Bug which can give a nasty bite! 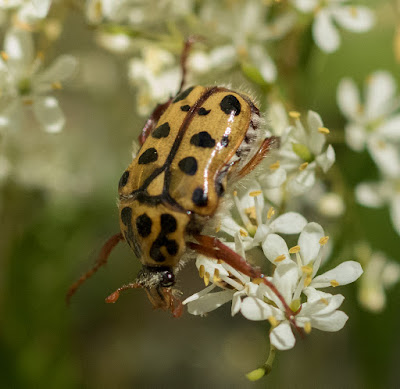 This is a Spotted Flower Chafer, something I don't think I've seen before.  What a great thing photography is for encouraging observation! 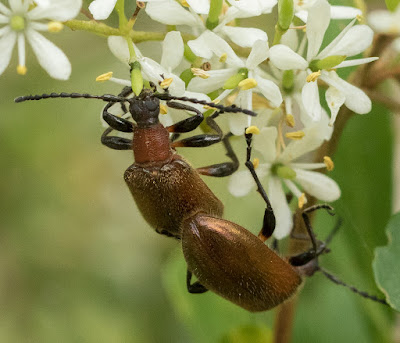 This one is common in the summer along the creek where I walk regularly, and has the lovely name of Honey Brown Beetle! 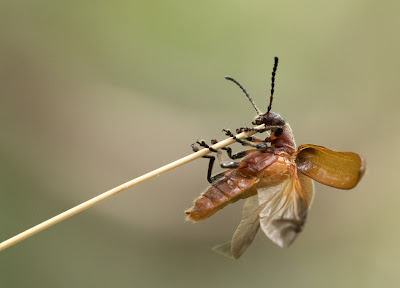 Here it is just about to take off.  They're just as challenging as birds in a different way!

There have also been several Dragonflies but I'm waiting to have a couple identified, so will wont' share them yet.
Posted by Sonja at 21:36 6 comments:

It's sunny and still this evening with a temperature in the low 20sC.

I've just added a page for Black-crowned Night-Heron in the Overseas pages. 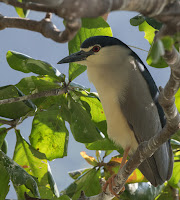 It was too hot to walk, or do much apart from what has to be done, as it was 38C here today, and it was a warm night too, so not good sleeping.

I have a feeling I was boring this Tawny Frogmouth yesterday! 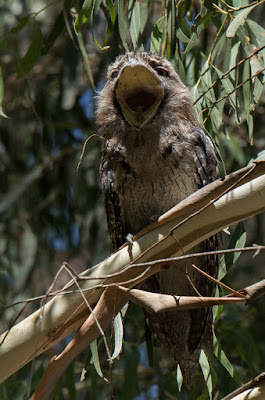 It has been cloudy and cool, low 20s, much of the day, but sunny late this afternoon, and was windy early.

I've been working on a presentation I'm giving at my local BirdLife Branch on 23/1 so haven't been for a walk for a couple of days.

I've added a page for Pied Cormorant to the Australian pages.

It's just rained, the first real rain for the year, which is great for the garden.

I've just added a page for Andean Goose in the Overseas Pages.